Former US prosecutor to run for Congress 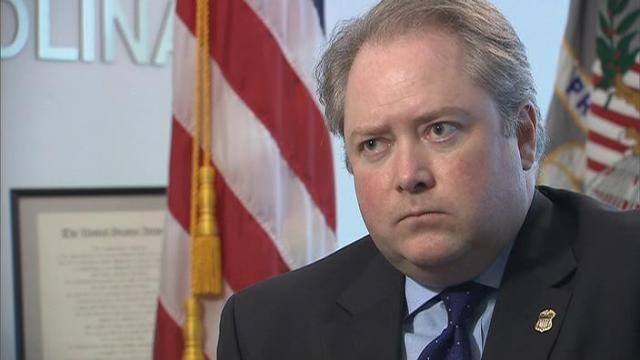 RALEIGH, N.C. — The federal prosecutor who oversaw investigations into former presidential candidate John Edwards and former Gov. Mike Easley plans to get into politics himself.

George Holding, who stepped down last week as U.S. attorney for eastern North Carolina, will run for the 13th Congressional District seat held by Democrat Brad Miller, according to Carter Wrenn, a Republican strategist who will advise Holding's campaign.

"He's exactly the kind of person we need," Wrenn said Wednesday. "He's not a politician. He's straight-forward and tells it like it is,."

Holding was appointed U.S. attorney in 2006 by former President George W. Bush. He was set to step down after President Barack Obama's election but remained in his post pending the conclusion of high-profile – and highly politicized – investigations of Edwards and Easley, two Democrats.

The U.S. Senate confirmed Thomas Walker of Charlotte to succeed Holding. Walker was a federal prosecutor in western North Carolina and a former colleague of state Attorney General Roy Cooper.