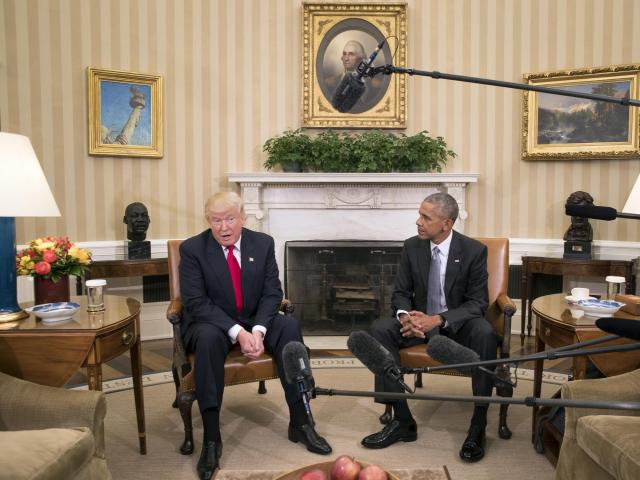 FILE - Donald Trump, then the president-elect, and President Barack Obama in the Oval Office of the White House in Washington, Nov. 10, 2016. Trump has embarked on an aggressive new drive to rewrite the narrative of the Russia investigation by making dark and unsubstantiated accusations that former President Barack Obama masterminded a sinister plot to bring him down. (Stephen Crowley/The New York Times)