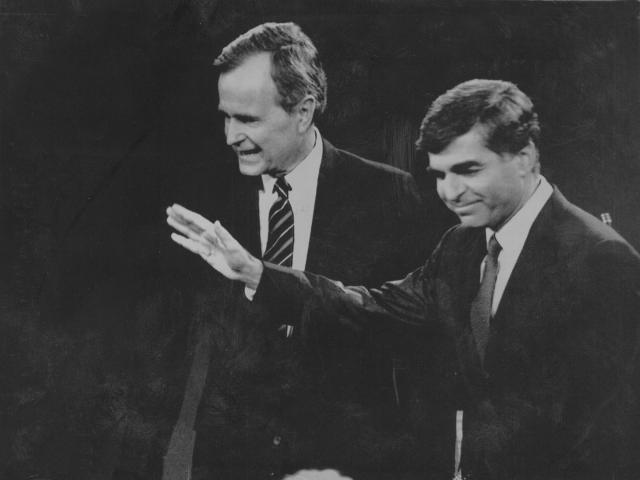 FILE -- George H.W. Bush and Michael Dukakis, his Democratic opponent, after a presidential debate in Los Angeles, Oct. 13 1988. The Willie Horton episode and the political advertising that came to epitomize it remain among the most controversial chapters in modern politics, a precursor to campaigns to come and a decisive force that influenced criminal justice policy for decades. (Jim Wilson/The New York Times)