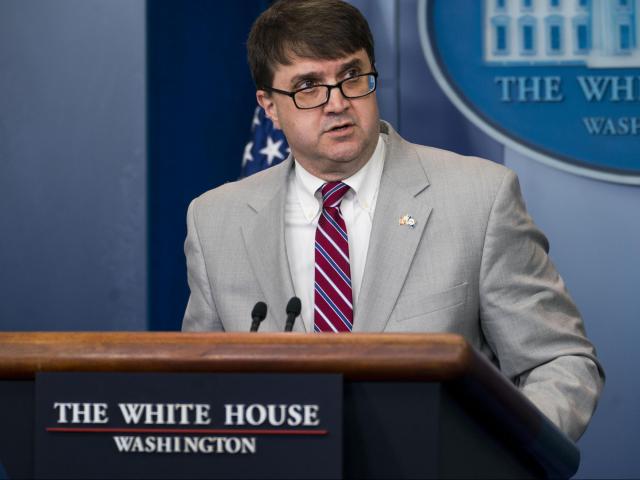 Robert Wilkie, the acting secretary of veterans affairs, at the White House in Washington, May 17, 2018. President Donald Trump announced on Friday that he intended to nominate Wilkie to take over the sprawling Department of Veterans Affairs, a move that the president said would surprise Wilkie because he was learning about it only as it was being revealed. (Doug Mills/The New York Times)