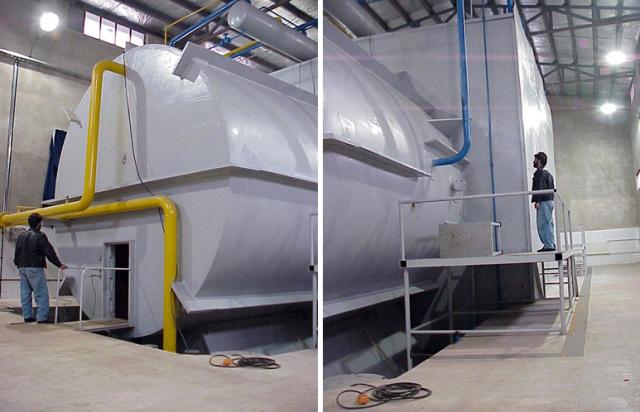 EDS.: BEST AVAILABLE QUALITY -- Photographs that Israeli officials said were stolen from Iran’s nuclear archive, and which were provided by the Israeli government, appear to show a giant metal chamber, in a building at the Parchin military site, built to conduct high-explosive experiments. (Mossad via The New York Times) -- NO SALES; FOR EDITORIAL USE ONLY WITH NYT STORY SLUGGED ISRAEL IRAN NUKES BY DAVID SANGER AND RONEN BERGMAN FOR JULY 16, 2018. ALL OTHER USE PROHIBITED. --