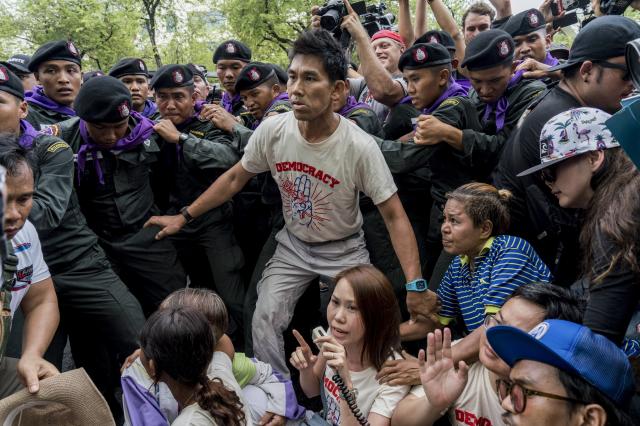 FILE — Pro-democracy activists scuffle with police before being detained during a protest to mark the anniversary of the 2014 coup in Bangkok, May 22, 2018. Assets of the Thai royal family that have been managed by an official agency have been turned over to direct ownership by the king, who will be able to manage them as he sees fit, but must also begin to pay taxes on them, the agency has said. (Adam Dean/The New York Times)