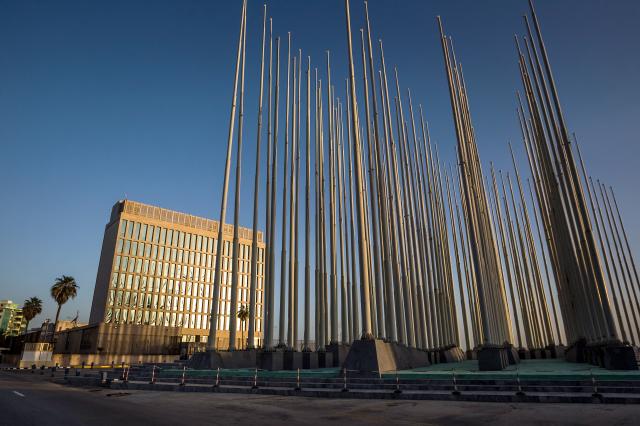 FILE — The United States Embassy in Havana, July 20, 2015. Investigating what had been described as sonic attacks on diplomats stationed in Cuba in 2016, medical experts writing in the journal JAMA said that they appeared to have symptoms of concussion without ever having received blows to their heads. (Meridith Kohut/The New York Times)