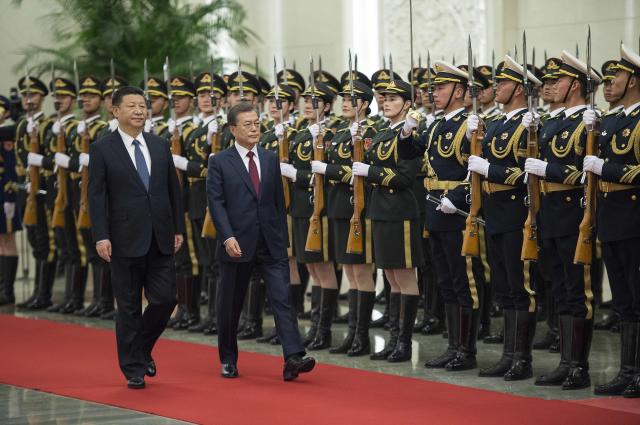 President Xi Jinping of China, left, and President Moon Jae-in of South Korea at a welcoming ceremony in Beijing, Dec. 14, 2017. After more than a year of frosty relations bordering on hostile, Moon pledged a “new start” in his country’s dealings with China, a re-engagement that China hopes will lead to stepped-up diplomacy on disarming North Korea. (Nicolas Asfouri/Pool via The New York Times) -- EDITORIAL USE ONLY -- .