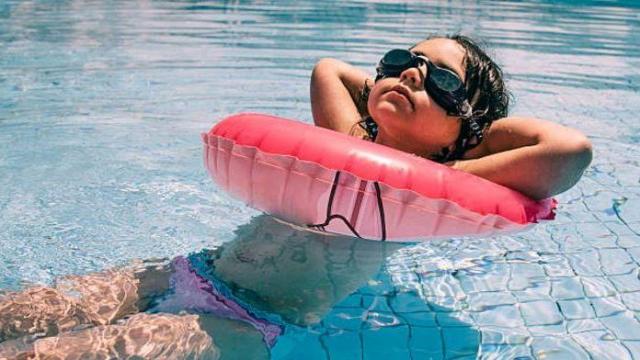 Forecasts call for temperatures in the Triangle to approach 100 on Wednesday, to top that mark on Thursday and come close to 100 again on Friday.

State officials have issued a Code Orange ozone alert for the area – as well as Fayetteville, Charlotte and the Triad region – on Wednesday. Children, the elderly and people with respiratory problems are urged to limit outdoor activities.

WRAL Meteorologist Elizabeth Gardner said low humidity levels on Monday and Tuesday made temperatures in the mid-90s feel comfortable. But humidity will return as the temperatures rise, she said, putting the heat index for the region at about 105 for Wednesday.

The Cumberland County Department of Social Services planned to open its Ramsey Street offices again this week to provide a cool place for residents at high risk of suffering heat-related problems. The offices will be open from 8 a.m. to 5 p.m. through Friday.

Meanwhile, the heat wave continues to bake other parts of the South, raising the number of heat-linked deaths in Tennessee to at least five and buckling roads in Mississippi.

The temperature in Memphis hit at least 100 degrees again Tuesday, the fifth consecutive day of triple-digit highs, as hot air blanketed the south-central portion of the nation. Monday's top reading in the city was 105.

"This is unusual. Last summer we had two (heat-related deaths) all summer. This is five deaths over a six-day period," Shelby County Medical Examiner Karen E. Chancellor said.

The National Weather Service predicts Memphis temperatures will rise beyond the 100-degree mark through Friday.

Temperatures were in the 90s at midday Tuesday from the western Plains to the East Coast, with scattered readings of 100. On Monday, thermometers registered above 100 in parts of Alabama, Arkansas, Texas, Nebraska, Mississippi and Kansas, the Weather Service said.

Excessive heat warnings were issued for southwestern Tennessee, northern Mississippi, parts of western Arkansas and most of Missouri, where temperatures topped 100 degrees. Much of the rest of the South was under a heat advisory.

On Alabama's Gulf Coast, where temperatures have mostly stayed in the upper 90s, the heat is causing problems for Hurricane Katrina survivors.

Jim Fuller, who works with Katrina victims along the coast, said many victims are still living in damaged homes that have not been repaired, or in trailers.

"Some people are still living in houses with tarps over the roof," Fuller said.

South Carolina, Missouri and Mississippi have each reported one heat-related death, and Illinois blamed three deaths on the heat since Thursday. Officials in Alabama and Kentucky said the heat may have been to blame for one death in each state, but that had not yet been confirmed.