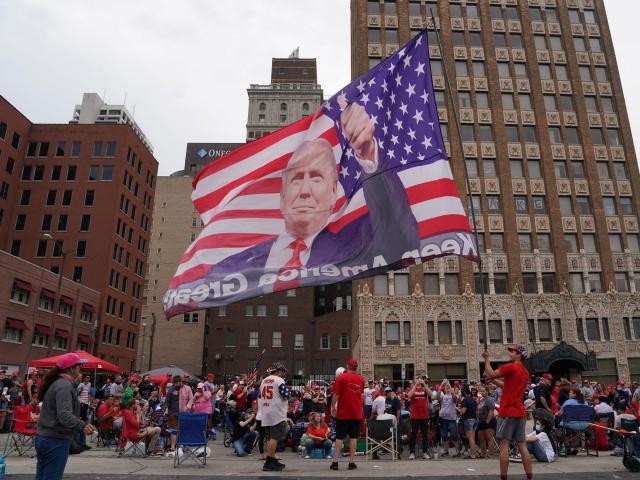 A crowd gathers near the BOK Center in Tulsa, Okla., on Saturday, June 20, 2020, where President Donald Trump will hold his first campaign rally since March 2. The line of supporters waiting for Trump’s first rally since the coronavirus struck offered a vivid illustration of his power over the Republican base even when he is politically vulnerable. (Erin Schaff/The New York Times)