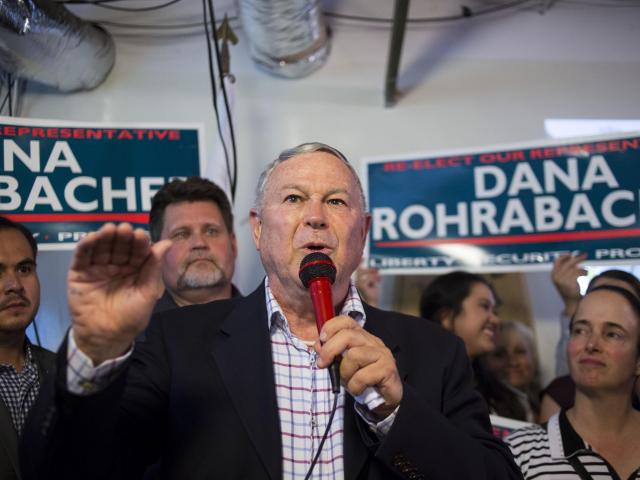 FILE-- Rep. Dana Rohrabacher, a Republican, speaking to supporters in Costa Mesa, Calif., June 5, 2018. Rohrabacher had introduced a resolution that called for the federal government to ramp up investigations into reports of discrimination at universities. Though the resolution has died and Rohrabacher lost his seat in the 2018 midterm elections, Asian-Americans once again find themselves at the center of a fervent national debate on affirmative action that could reshape higher education in the country. (Jenna Schoenefeld/The New York Times)