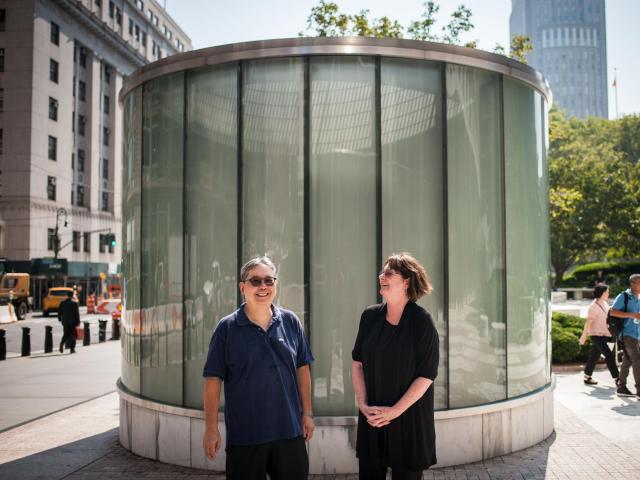 George Chew, left, and Peggy McManus, who are part of an unusually large group of New York immigration judges who have retired over the 15 months, outside 26 Federal Plaza in New York, Sept. 6, 2018. The Trump administration has instituted policies it says will speed up backlogged immigration cases, but critics see them as an attempt to control how judges rule. (Kholood Eid/The New York Times)