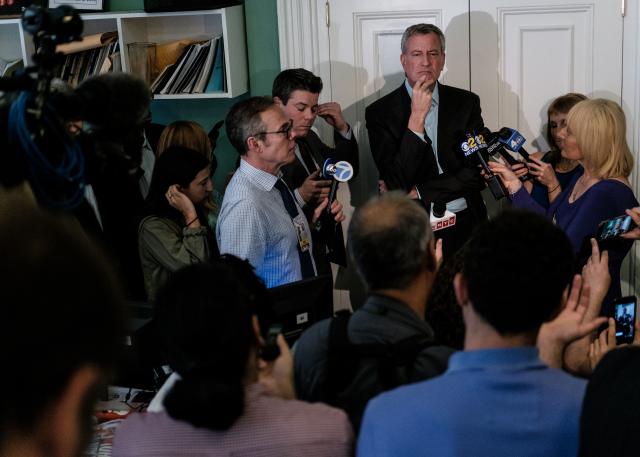 Mayor Bill de Blasio speaks to reporters at City Hall in New York, May 25, 2018. A day after day after his administration reluctantly released more than 4,200 pages of emails, many of them offering de Blasio’s often dismissive opinions of the media, the mayor said he regretted the comments becoming public and said they were borne out of frustration. (Christopher Lee/The New York Times)