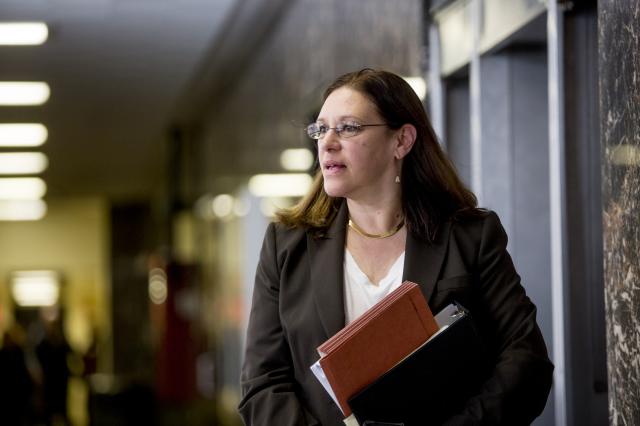 FILE — Assistant District Attorney Joan Illuzzi walks the halls of the New York State Supreme Court during the retrial of Pedro Hernandez for the 1979 murder of Etan Patz, in New York, Dec. 12, 2016. Illuzzi, who is known for winning a murder conviction in the killing of Etan Patz, has been put in charge of the Manhattan district attorney’s investigation into rape allegations against the movie mogul Harvey Weinstein, people with knowledge of the investigation said. (Anthony Lanzilote/The New York Times)