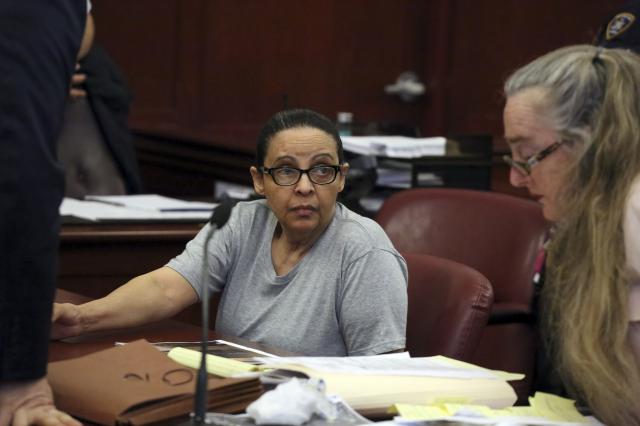 FILE -- Yoselyn Ortega during the second day of her murder trial in state Supreme Court in New York, March 2, 2018. The former nanny who killed two children in her care was found guilty on April 18 of murder, after a Manhattan jury rejected her claim that she was too mentally ill to understand her actions or know they were wrong. (Jefferson Siegel/Pool via The New York Times) – FOR EDITORIAL USE ONLY