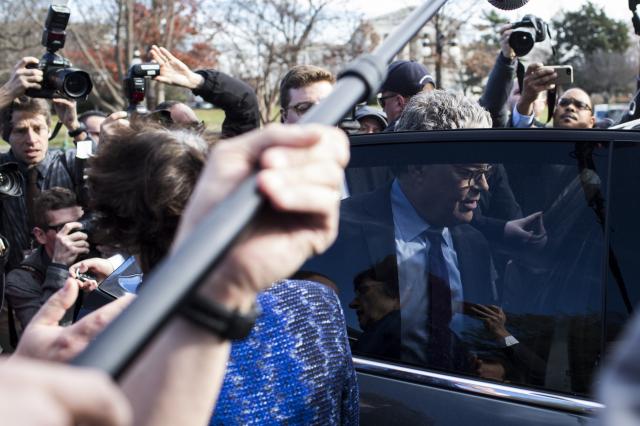 Sen. Al Franken (D-Minn.) as he leaves Capitol Hill in Washington, Dec. 7, 2017. Lt. Gov. Tina Smith will take over Franken’s seat in the Senate, the governor of Minnesota announced Dec. 13, keeping a Democrat in the seat for now but setting the stage for a freewheeling 2018 election that could shift the balance of power in Minnesota and in Washington. (Zach Gibson/The New York Times)