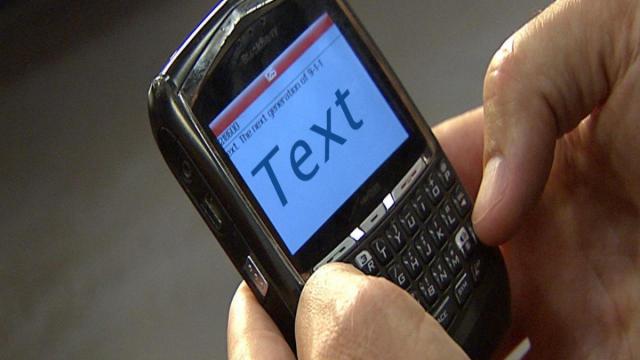 Durham, N.C. — On Wednesday, Durham will become the first city in the state where residents can use their cell phones to send a text message about an emergency to 911.

If they can't make a phone call, Verizon Wireless customers can text messages of up to 160 characters to 911. Dispatchers need to know the location and nature of the emergency.

"Texting does have its purposes and its place where it can make a difference," said James Soukup, director of the Durham Department of Emergency Communications.

Durham city leaders said the more methods police and firefighters have to fight crime and respond to emergencies, the better it is for everyone.

The Durham 911 Center recently finished an equipment upgrade and is expected to have the text-messaging system running Wednesday.

The trial run is limited to Verizon Wireless customers, but plans are to expand it to other carriers and to add picture and video services.

"Instead of people having to describe a suspect to us, they can take a photograph of him or the license plate of the car and send it to the 911 center, and we can send it out to computer terminals and the police center as well," Soukup said.

Police said that texting should be used only when calling 911 isn't an option.