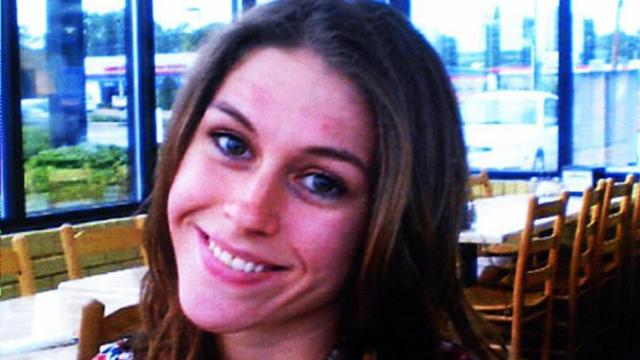 Raleigh, N.C. — Police on Friday released two photos from a security camera showing a Kinston woman on the day she disappeared last week.

Laura Jean Ackerson, 27, was reported missing July 15 after she failed to pick up her two sons from their father in Raleigh following a business meeting she had in Wilson.

The co-owner of a marketing firm in Kinston, she was last seen in Raleigh on July 13, police said, and her white 2006 Ford Focus was found in the Camden Crest Apartments, near Glenwood Avenue and Lynn Road, early Wednesday morning.

Investigators are examining it for clues but said that an initial search found no evidence of foul play.

The security camera photos were taken on the morning of July 13, police said, but they declined to say where the camera is located.

In the photos, Ackerson is seen wearing a brown sleeveless blouse and tan Capri pants. She is carrying a black leather bag with white lettering and a brown Liz Claiborne purse.

Ackerson is white, stands about 5 feet 8 inches tall, weighs about 135 pounds and has brown hair and hazel eyes.

Police said the security photos show her with hair that is shorter and darker than that depicted in photos shared by family members who reported her missing.

Ackerson has been in a custody dispute for more than a year with the father of her two children, but friends have said she wouldn't have abandoned the children.

Raleigh police have asked anyone who might have seen Ackerson in the past week or knows where she might be to call Crime Stoppers at 919-834-4357.