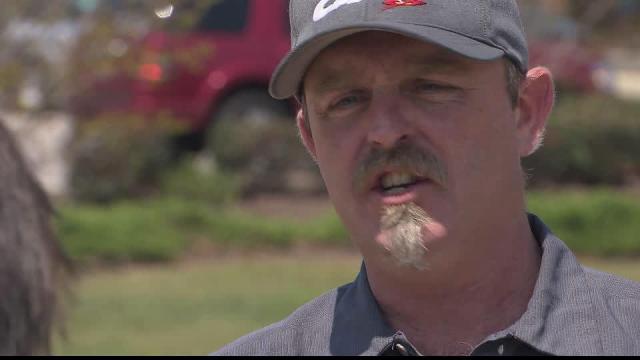 The kindergarten teacher, whose name hasn't been released, had been placed on leave with pay after the alleged incident was reported March 30, officials said.

A personnel investigation involving the teacher has been completed, Harnett County Schools spokeswoman Patricia Lewis said. Lewis would not comment on the outcome of that investigation.

Frank Gibson said his son, a student at Boone Trail Elementary in Lillington, snatched a rubber stamp off his teacher's desk, placed it in his pocket and then back on the desk.

Gibson said the teacher then asked the kindergartner, “What happens when you steal?" His son answered, “You go to jail.”

That's when, Gibson said, the teacher wrapped tape around the boy's wrists like handcuffs.

"She didn't bind them behind his back, she bound him over his head," Gibson said. "Even if she was trying to make a joke, it's not funny."

Another student who saw it happen told an art teacher.

While he is happy to hear about the teacher's resignation, Gibson said Tuesday he remains upset that it took six days before the principal called to tell him about the alleged incident.

Lewis said it took almost a week to notify Gibson because the school system needed to be thorough and careful in their investigation.