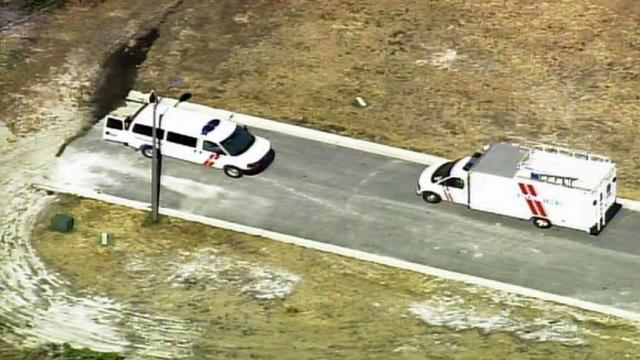 Police said the body of Duwone Vondel Parker, 32, was found in a wooded area near the 3700 block of Greystone Drive at the western edge of the city around 7:30 a.m.

Parker's mother reported him missing on Tuesday around 4:30 p.m., authorities said. He was last seen by family members on Feb. 25.

The Medical Examiner's Office in Greenville is performing an autopsy to determine the cause of death.

Neighbors said that the body had been burned, and there was a large burned spot in the woods that smelled strongly of gasoline. Police said they couldn't comment on those reports.

Police said it wasn't clear yet if Parker was killed there or if he had been killed elsewhere and his body dumped there.

Police set up a command post at the end of an unfinished street, canvassed the neighborhood and searched along a small stream in woods.

Anyone with information about the case should contact Crime Stoppers by calling 252-977-1111 or by e-mail at crimestoppers@rockymountnc.gov. Crime Stoppers tipsters never have to give their names and are eligible for cash rewards for information that solves felony crimes.