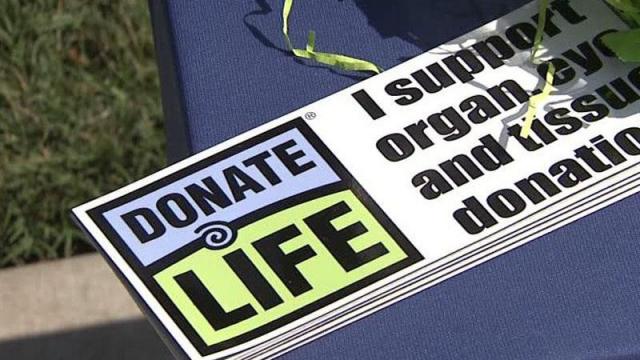 Raleigh, N.C. — Almost four years ago, Jason Ray, 21, lost his life but left the gift of life for others. Ray was hit by a car in New Jersey where he had traveled with the University of North Carolina basketball team.

Jason was a student at UNC and played the popular, energetic mascot, "Rameses." He was also an organ donor.

On Christmas Eve, his gift resonates.

"It's bittersweet," said his father, Emmit Ray. "Your son is gone, and somebody else is there only because of him and what he decided to do."

"He told his mom not to dare put him in the ground with anything that could help somebody here," he said.

Over the years, the Rays say they are grateful to have gotten to know the recipients who benefited from their son's organs.

"The fact (is) that he could help someone else in life, some other family who was about to lose their child, which is exactly what happened. He saved four people's lives," his father said.

One of them was able to take his first vacation after receiving Jason's pancreas and kidneys.

"You're thinking your son is responsible for that happiness," Jason's mother, Charlotte Ray, said.

In memory of their son, the Rays now work tirelessly to spread the word about the value of becoming an organ donor.

They advocate for Donate Life North Carolina, an easy, online registry for organ donors. Before the registry was established, donors could only make their wishes known through the North Carolina Department of Motor Vehicles (DMV).

The online registry reconciles the DMV and online lists so that new participants can add themselves at any time.