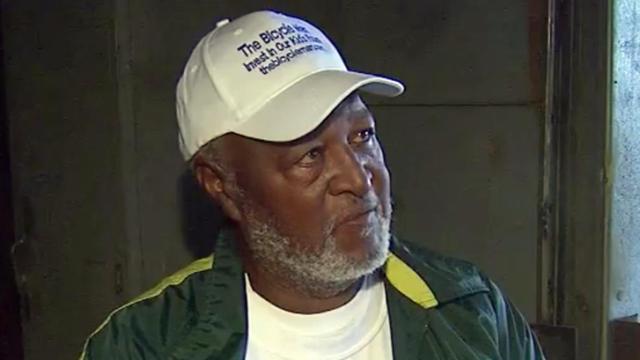 Mathis, known as "the Bicycle Man," handed out more than 1,100 refurbished bicycles to needy children on Wednesday morning.

"I've always wanted a bike for Christmas. I always asked for a bike, but never got it," said Shakera Rogers, 11, who picked out a bike from among the rows of two-wheelers inside a Fayetteville warehouse.

"It just makes me feel good on the inside," said Ayanna Gamble, 10.

Mathis, 72, accepts donated bikes throughout the year and then restores them to give to children whose families cannot afford to buy a bicycle.

He is operating out of his third location in four years. Last year, the warehouse he was in was sold, so he had to move.

Rich Croegaert, the owner of Mathis' new warehouse on Old Wilmington Road, gave him space rent-free through the end of the year. Croegaert is working with local ministers to ensure that Mathis can stay where he is for years to come.

Mathis set a record last year, giving away more than 1,200 bikes. On Wednesday, he gave away almost as many.

Elizabeth Morales, 10, picked a pink bike because she liked the patterns on the side of the two-wheeler.