Expert: College cheating on the rise 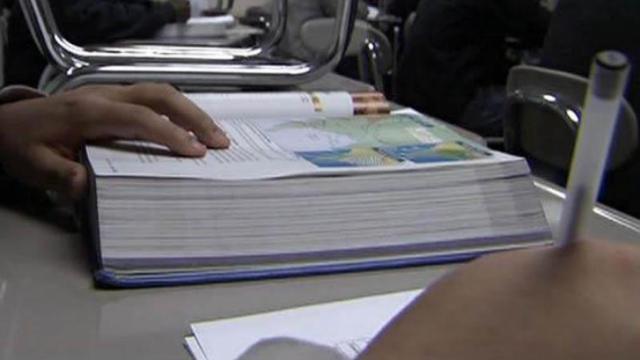 Durham, N.C. — An academy dishonesty investigation involving members of the University of North Carolina football team has thrust cheating into the spotlight.

“I know there is pressure to succeed,” UNC-Chapel Hill student Marquette Brunson said.

Duke University senior Meredith Holt said the pressure of being a top student in high school could possibly lead students to cheat once they reach college. Although, Holt said, she doesn't know anybody at Duke who cheats.

“I think I saw a lot in high school,” she said.

Colleges have long struggled with cheating.

Six UNC football players are not playing this season due to an NCAA review into agent-related benefits and possible academic misconduct.

A student-run tribunal at UNC is investigating possible violations of the university’s 29-page honor code. The code includes such infractions as plagiarism, falsifying information and helping others cheat, as well as lesser known offenses like conduct that harms the university's integrity.

Students have said some professors take the honor code so seriously that they require those in their classes to sign an honor policy for each homework assignment and before every exam.

A few years ago, Duke saw the number of academic misconduct cases double in five years.

“I know a lot of students in other colleges where it’s pretty rampant, but here I haven’t encountered it yet,” Duke freshman Bryan Lockwood said.

Noah Pickus, director of Duke’s Kenan Institute for Ethics, said cheating is widespread and there are some indications that the number of students cheating is on the rise in recent years.

Seventy percent of students admitted to cheating on exams, according to a study conducted by the Center for Academic Integrity in May 2001. The group surveyed 1,800 students from nine state universities across the country.

Pickus said cheating hasn't been studied long enough to truly tell if it's much more prevalent in today's world.

“People look back to an earlier era and imagine there was less cheating when we actually don’t know as much as what was going on there,” he said.

What is clear is that technology has blurred the lines a bit for students, who have grown up with information on the Internet that doesn't always cite sources, Pickus said.

“It becomes harder for them to draw the line when they are in an academic situation,” he said.

In fact, Duke has seen significant drops in most areas of cheating since enacting an honor code.

Pickus said signing an honor code before a test makes students think more about what they are doing and less likely to cheat.

“You are reminded all the time about what you need to do, like the rules, no cheating,” Lockwood said.

However, Pickus said it takes much more than those reminders.

“The single most important factor affecting whether students cheat is their peers,” Pickus said.

There has to be a culture among students that cheating isn’t acceptable, he said.

UNC junior John French said he believes that type of culture exists at his school.

“You just worked too hard to get here to give it up for that,” Brunson said.