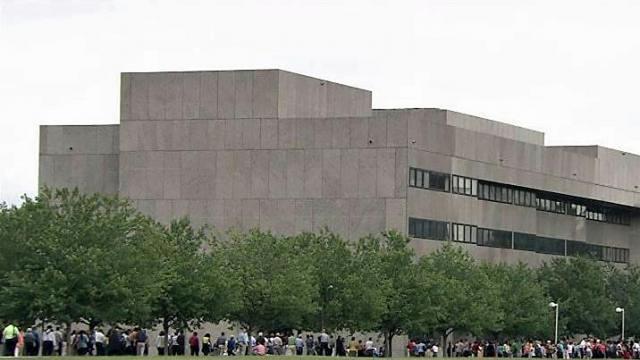 A call at 9:20 a.m. reported that a suspicious-looking package was in the middle of street in front of the revenue building on Wilmington Street. Capitol police and a Raleigh police bomb squads and bomb-sniffing dogs examined the package, and found no indication of explosives.

The revenue department building was evacuated around 9:50 a.m. as a precaution. Hundreds of workers were taken to the lawn behind the Legislative Building and allowed to re-enter the building around 10:30 a.m.

Nearby roads, including Wilmington Street, were shut down during the evacuation.

Police said they aren't sure if the package accidentally fell off a truck or was placed in the street on purpose. However the package ended up there, it was likely captured on one of the surveillance cameras in the area, police said.