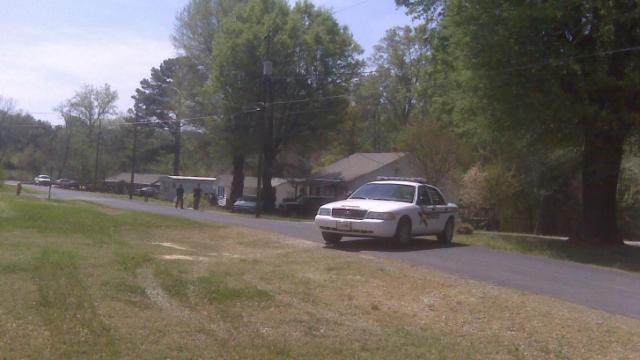 Durham, N.C. — Durham police have found a car stolen from an 83-year-old man who was shot twice in the legs Wednesday, but no arrests have been made.

Police confirmed Thursday that George Pratt was the victim of the shooting and carjacking in the 1100 block of Franklin Street, near Alston Avenue, around 11 a.m. It was his 83rd birthday.

Pratt's granddaughter Chastity Stevens said that he was undergoing surgery at Duke University Hospital Thursday. He will need a rod inserted in one leg and have to undergo physical therapy, she said.

Police said that Pratt was standing beside his car when two men drove up. One man got out of the car, shot the victim and stole his car. The other man remained inside the suspects' car and also drove away.

Shortly after the shooting, police found the suspects' vehicle near a house on Currin Road. Officers surrounded the house and took a man into custody. He has not been charged in the carjacking or shooting.

A detailed description of the suspect at large was not available.

Anyone with information about the crime is asked to call the Durham Police Department at 919-560-4281, ext. 29123 or Crime Stoppers at 919-683-1200. Crime Stoppers pays cash rewards for information leading to arrests in felony cases and callers never have to identify themselves.