New chancellor 'proud to be part of Wolfpack nation' 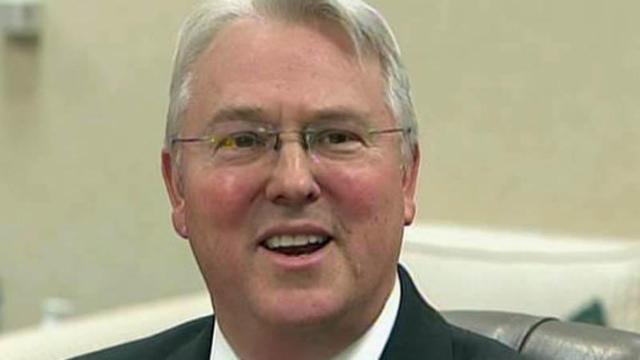 William R. "Randy" Woodson, 52, will take up the helm at N.C. State no later than May 1. He has served as executive vice president for academic affairs and provost at Purdue University, in West Lafayette, Ind., since May 2008.

"I'm proud to be part of the Wolfpack nation," Woodson said, adding that he has known about N.C. State his whole academic career and has often competed with the university to attract talented faculty and students.

Like N.C. State, Purdue is a public, land-grant university known for its engineering and agricultural sciences schools.

"That's what we need at this university: a great leader who will bring stability, credibility and a long-term vision," Bowles said in introducing Woodson.

He said Purdue offered Woodson a raise and more opportunity in an effort to retain him, but Woodson said he didn't hesitate at the offer to lead N.C. State, which he said has a stellar academic reputation that he wants to make more well-known.

"Once you established clarity in the fit, this was a no-brainer for me," he said. "This is a classic example of a land-grant university. We're good at hiding our light under a basket and not talking about the things we do as an institution."

Woodson said he planned to meet with deans of N.C. State's 10 colleges and other university administrators Friday afternoon. A 5 p.m. reception in his honor was planned at the Park Alumni Center on Centennial Campus for students, faculty and staff.

Former Chancellor James Oblinger resigned from N.C. State in June amid questions over his role in hiring then-first lady Mary Easley in 2005 and questions about a lucrative payout he arranged for N.C. State's former provost, who also resigned over the Easley flap.

James Woodward, the retired chancellor of UNC-Charlotte, has served as N.C. State's chancellor in recent months.

Woodson said he hopes to stabilize the university after months of controversy.

An Arkansas native and the son of teachers, Woodson received a bachelor's degree in horticulture from the University of Arkansas and master's and doctoral degrees from Cornell University. He began his teaching career at Louisiana State University in 1983.

Two years later, he moved to Purdue, where he became a respected researcher and teacher in the Department of Horticulture and Landscape Architecture. He served as director of agricultural research from 1998 to 2004, when he was named dean of Purdue Agriculture.

Woodson joked that his tenure at N.C. State has gotten off to a somewhat embarrassing start.

He, his wife and his three adult children were staying in Chapel Hill Thursday night in advance of Friday's Board of Governors meeting, and he said his son picked the Old Well on the UNC-Chapel Hill campus – not somewhere on N.C. State's campus in Raleigh – to propose marriage to his longtime girlfriend.