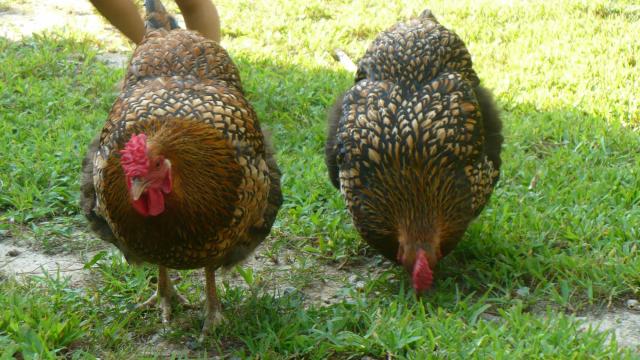 Cary, N.C. — The Cary Town Council decided Thursday not to pursue a committee to study whether the town should change an ordinance regarding backyard chickens.

The council voted 4-3 last year against having town staff look into the matter – in effect, keeping a ban in place.

Residents with CaryChickens.com, which wants to allow chickens, were petitioning for a citizens' issue advisory committee that would meet for 60 to 90 days to gather information and study the issue, then submit a proposal to the town council to consider.

Alissa Manfre, co-founder of CaryChickens.com, said the group has collected signatures from 350 Cary residents in support of the animals.

"I think there's a lot of stigma and prejudice around the idea of chickens," she said. "People think they're going to be smelly and problematic. When we look at other towns that have done this, and we've done the research, they don't cause many issues at all for animal control."

If council members had voted to form the committee, it would have allow the committee to use town resources, such as staff to coordinate meetings and reserve meeting space.

Within the past two years, Durham and Wake Forest have adopted ordinances allowing the animals; Raleigh and Chapel Hill have always allowed them.

"If this is something that can work in every other community, it should work here as well," Manfre said.

But Town Councilman Don Frantz says most residents from who he's heard do not support allowing chickens because of concerns over property values and the appearances of neighboring yards.

Frantz said he also has concerns about noise, disease and the smell.

"The amount of research I've done on the topic, I have yet to be convinced or have my concerns addressed or alleviated," he said.

Supporters say chickens are beneficial – they provide eggs, reduce insects and provide rich fertilizer. They want to allow only hens in the town to keep noise at a minimum.

Cary resident Justin Crane used to live in Logan, Utah, where he bought a couple hens and let them run around in a fenced backyard. He says they were easy to care for and provided fresh eggs. Owning chickens, he says, allows for sustainability and is environmentally friendly.

"It seems like a no-brainer. Chickens don't bother anybody, and they're less maintenance than other pets," Cary resident Justin Crane said. "As far as the noise, the smell, it's not a problem at all," he said.
SUGGEST A CORRECTION