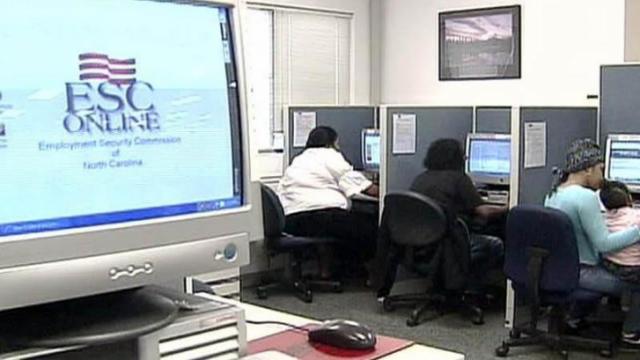 Raleigh, N.C. — For the second time this year, a computer glitch has prevented thousands of North Carolina residents from filing their claims for unemployment benefits online.

The state Employment Security Commission Web site began having problems Sunday, spokesman Larry Parker said. The agency was able to process about 30 percent of the claims filed on Sunday, he said.

An average of 89,000 people have been using the Web site on Sundays in recent weeks to file claims, officials said.

The computer system continued having intermittent problems Monday, and crews worked through the day trying to resolve the issue, Parker said.

"Our computers malfunctioned, and we aren't sure what caused the malfunction at this point," ESC Chairman Moses Carey said.

In January, the ESC computer system crashed after more than 130,000 people tried to file unemployment claims. The agency then upgraded its system to handle the growing number of people seeking jobless benefits statewide.

Carey acknowledged that the ESC computer system is "fairly old," but he said it has been capable of handling the volume of unemployment filings in recent months.

"There's no doubt our system could be upgraded and needs to be upgraded, but that hasn't been a deterrent to people receiving their unemployment insurance benefits over the last few months," he said. "The volume was not the problem this time. The ability to get through the system was slowed down significantly."

Sharon Stephenson couldn't get onto the Web site Monday morning, so she drove to the Raleigh ESC office to file her unemployment claim in person.

"It's important. It's the only income I have," said Stephenson, who is looking for a job in the medical field. "It's not much, but it's better than nothing."

The ESC pleaded with people to be patient as crews try to fix the computer problem. Officials encouraged people filing for unemployment benefits to do so via toll-free phone lines at 877-841-9617 for initial claims or 888-372-3453 for continuing claims.

Parker said a vendor helps the agency handle overflow calls, so all claims should be able to be handled. Anyone who gets a busy signal should wait a while and call back, he said.

All claims filed by 9:30 p.m. will be processed in 24 to 48 hours, while those filed after that will be handled with claims that come in on Tuesday, he said.