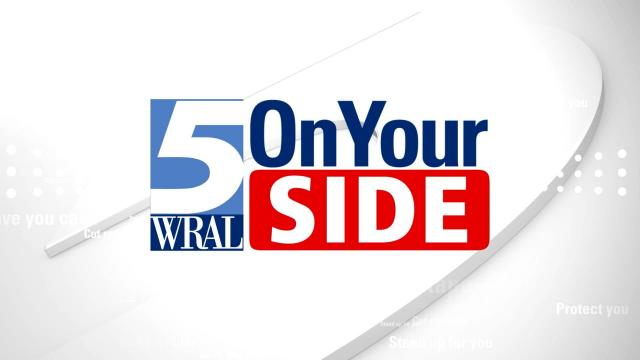 Raleigh, N.C. — Health clubs are one of the top areas of complaints for the Better Business Bureau, according to the organization. So how can you protect yourself when joining a gym and signing a contract?

Nick Anderson joined Peak Fitness more than three years ago. His workouts came to a halt when the company filed for bankruptcy this year and closed several locations, including one in downtown Raleigh where he exercised.

In January, he paid $350 up front for a long-term contract that cost him less than $13 a month.

Anderson is one of dozens of Peak Fitness members who have complained to 5 on Your Side this year.

Some members said they don't like that their memberships were transferred to Peak locations farther away or to different gyms altogether. Others said they are unhappy that they were not transferred to a new gym. But many are finding out the hard way that they agreed to it, based on the fine print of their contracts.

“There's no recourse if that is in the contract,” said Beverly Baskin, who heads the Better Business Bureau of Eastern North Carolina. “Most of the contracts we've seen do very much put the gym in the driver's seat.”

For example, Peak's contract states in small print that if a location permanently closes, the club will make "every reasonable attempt" to move members to a "similar health club facility” within the same metropolitan area. That can leave members at the mercy of the club.

“The biggest danger of prepaying a membership is that if the gym fails or goes out of business, then what do you do and that's what we're seeing now,” Baskin said. “Of course, if you're on a month to month, you're out maybe 30 days at the most.”

However, paying month to month does not mean you have a monthly membership.

“You may still be committed to a term, whether that's 12 months or 24 months. It just means your payments are coming out on a monthly basis,” Baskin said.

Anderson said from now on he won’t sign a contract without reading every word.

“I'm going to find another gym to work out at. Unfortunately, it's a hard lesson that you have to learn,” he said. “When you're spending $350 for a membership, you definitely need to look at what you're doing.”

According to North Carolina law, a gym cannot transfer a member to a club more than 8 miles away. Even so, after the downtown Peak Fitness location closed, Peak transferred Anderson's membership to a Chapel Hill location. He is pursuing a refund through his credit card company.

North Carolina Attorney General Roy Cooper said he is interested in hearing about cases like this involving any gym.