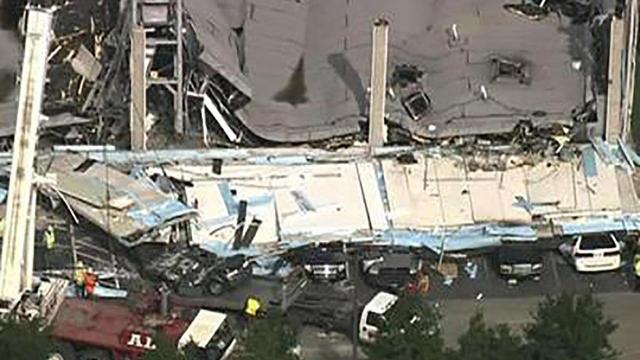 Garner, N.C. — A ConAgra Foods plant in Garner will resume production of Slim Jim beef jerky products by the end of the month – seven weeks after a fatal explosion that ripped the plant apart.

Company officials met with many of the plant's 900 employees Friday morning to discuss ramping the plant back up. Employees are expected to return on July 19, with production starting on July 27, spokeswoman Stephanie Childs said.

The June 9 explosion at the Jones Sausage Road plant killed three workers and injured dozens more. Investigators said they believe natural gas from an industrial water heater that was being installed in the plant exploded.

One person remains in critical condition in the North Carolina Jaycee Burn Center at UNC Hospitals in Chapel Hill, and two others were in good condition Friday at the burn center.

ConAgra officials said previously they hoped to resume limited production at the plant in August. Some Slim Jim production will be handled by a ConAgra plant in Ohio, and the company plans to hire an outside firm to package the products made in Garner because the packaging area of the plant remains heavily damaged.

The supply of Slim Jim products on store shelves is running low across the country, officials said, because the Garner plant was the only place that made Slim Jims and ConAgra had only a 40-day inventory available when the explosion halted production.

Employees said they are excited to get back to work.

"Their main concern is safety – our safety. So they're putting a lot of things in place to help us out, make sure we get back to work and feel safe about being in the building," Keith Culbreth said.

"They're providing us with all sorts of counselors and everything," Frankie Pettiford said. "We're going in looking to rebuild and do it better than ever."

A few dozen workers were called back to the plant a week after the explosion to try to clean up some of the less-damaged areas.

"(They were) trying to get the old meat out, sanitizing, cleaning and putting things on the trailers for them to fumigate the plant," employee Norman Malisos said.

ConAgra has provided full pay and benefits to all workers since the explosion, but employees said they're eager to start earning their paychecks again.

"We just thank God they're staying in this area and they're providing for our families, looking after us even though we're not working," Pettiford said.