ConAgra worker: 'Oh my God, this is horrible' 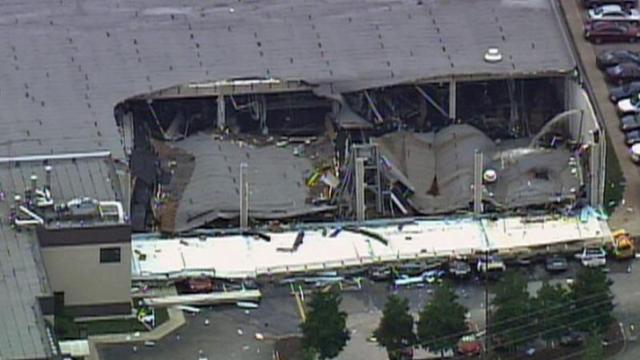 A series of 911 calls released Monday by Garner police reflect the chaos that reigned inside and outside the ConAgra Foods plant following last Tuesday's fatal blast.

"We've had an explosion and a collapse, and we need all the people you can send," a man told a 911 dispatcher. "Oh my God, this is horrible."

"I think a gas line blew up. We've got people who have been burned. We need emergency (help) ASAP," a female caller to 911 said. "We've got a lot of people who are bloody. ... Some are really burned. ... People are still running out."

About 300 workers were inside the 425,000-square-foot plant on Jones Sausage Road at the time. The explosion blew out one wall, punched holes in the roof, sparked several fires and ruptured the plant's ammonia lines.

Three people were killed in the blast, and dozens more were injured. Four workers remain in critical condition in the North Carolina Jaycee Burn Center at UNC Hospitals in Chapel Hill, and one each is in fair and good condition.

A seventh patient was discharged from the burn center Monday and was recovering at home.

Investigators said Saturday that a gas leak in the packaging area of the plant, which makes Slim Jim beef jerky products, caused the explosion.

Agents with the U.S. Chemical Safety Board and the state Division of Occupational Health and Safety are examining equipment and reviewing employee training records to determine the cause of the gas leak and how it sparked the explosion. The results of their investigation aren't expected for months.

In several 911 calls, emergency sirens and employees' screams and moans can be heard as dispatchers try to grasp the scope of the incident.

"How many people are injured," dispatchers repeatedly asked.

"There are people laying everywhere," one woman said. "There's a bunch of people in there that didn't make it out."

Some of the callers began crying when they saw some of their injured co-workers.

"The building is still blowing up," another woman said. "What in the world happened?"

One man tells a dispatcher he's with a victim whose "clothes are burned up," but said the man was conscious and responsive. Several callers describe workers who have been bloodied by debris from the roof collapse.

"There are people bleeding. Stuff fell on people's heads," one woman said. "The ceiling came down. Water's everywhere."