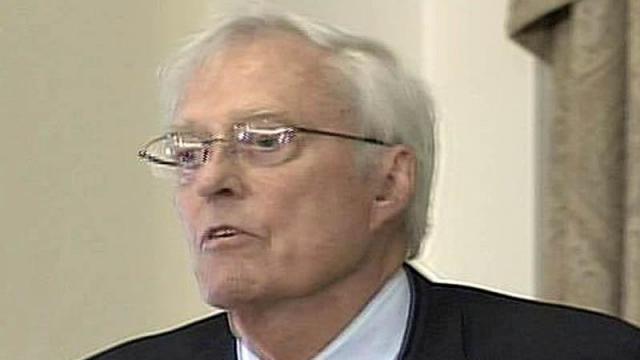 Jordan succeeds McQueen Campbell, who resigned last week amid questions about his role in the university's hiring of former Gov. Mike Easley's wife.

Campbell denied playing a part in Mary Easley obtaining a high-paying job at N.C. State four years ago, but he said his departure was in the best interests of the university.

Campbell was the second high-ranking N.C. State official to resign in two days over questions about Mary Easley's job. Provost Larry Nielsen, who hired her, also stepped down.

On Tuesday, federal investigators subpoenaed Mary Easley's employment records back to 2002. The subpoenas order Oblinger, Nielsen and the university's custodian of records to appear before a federal grand jury Thursday morning.

The grand jury also is investigating Mike Easley's dealings with friends and contributors while he was governor.

Mary Easley began working as a part-time instructor at N.C. State in 2002. Since 2005, she has served as an executive-in-residence and senior lecturer, developing a speakers program and teaching a graduate course in public administration and courses in the Administrative Officers Management Program, which provides leadership training to law enforcement officers.

Last year, she received an 88 percent pay increase, to $170,000 a year. Nielsen and other N.C. State officials defended the move, saying she had taken on additional duties, such as directing pre-law services at the university and serving as a liaison to area law firms and law schools at other universities as she developed a dual degree program.

Campbell and Nielsen have denied any wrongdoing in her hiring and promotion.

Jordan, who owns a lumber business in Montgomery County, served as lieutenant governor from 1984 to 1988 and spent eight years in the state Senate before that. He will serve out the rest of Campbell's term, which ends July 14.

Cassius Williams, an insurance agent from Greenville, was named vice chairman of the Board of Trustees. He is a former president of N.C. State's Alumni Association.