Duke-Carolina: It was bitter even then 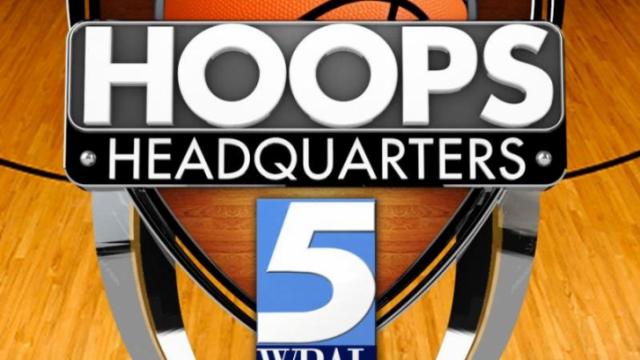 If you love sports and grew up in North Carolina, as I did, you know that the Duke-Carolina basketball rivalry has been going on forever. And the competition, the fighting to win, was as fierce 50-60 years ago as it is now. The Blue Devils and the Tar Heels have always each wanted nothing more than to dominate the other – beat the other’s brains in, if possible.

Yes, there is respect, but there's also a certain venom, a hatred that makes this game what it is.

I'm always being asked about the Duke-UNC games that I have covered and remember most. I must tell you that my most memorable one happened long before I ever thought of getting into the sports broadcasting business.

I look back on it 48 years ago and feel very lucky to have been at Duke Indoor Stadium on the night of Feb. 4, 1961. I was all of 12 years old as 14-2 Carolina and 15-1 Duke, two Top 10 teams then, just as they are now, prepared to do battle. It was one of the most classic games in the long series, a landmark game in what this rivalry was already and would become.

As a young boy who had fallen in love with a game, the tension and excitement of this night was more than I can describe. The players were of heroic proportion to me. They seemed to me super-human. I knew them all. York Larese and Doug Moe from Carolina. Art Heyman of Duke. I knew them because I had been them in imaginary basketball games in the backyard. I was Duke and Carolina – the announcer and all 10 players. It was how I spent many an afternoon.

Even though it was so long ago, I have some very vivid memories of this night, of the trip from Rocky Mount with my mother and father on a cold, wintry night. It wasn't an easy trip to Durham back then. We took Old Highway 64 west, picking up North Carolina 98 just past Spring Hope and through Wake Forest, where we stopped to get something to eat, and then on to Durham. It seemed like it took forever, and the longer it took, the more my anticipation built.

We were there for the very physical freshman game that Duke won big. It was just a warning of what was to come and what the game meant, even on the freshman level. On the Duke side in the freshman game was future All-American and NBA star Jeff Mullins. On the UNC side would be future North Carolina gubernatorial candidate, Richard Vinroot.

That game ended with only three Carolina players left on the court. In all, five players from both teams had fouled out and three more had been ejected. It was brutal and physical. And to a shy, 12 year old boy, surrounded by a deafening, howling noise of animosity, it all seemed scary and overwhelming. Broadcasting has left me many times with a nervous knot of apprehension in the pit of my stomach, but I felt it that, too. The Indoor Stadium throbbed with a foreboding tension.

Between games, I do remember walking in the upper stadium concourse with my mother and running into the legendary play-by-play announcer Ray Reeve. I learned about basketball by listening to his calling games. It seemed like he was the voice of them all. If you grew up in North Carolina in the ‘50s and ‘60s and followed basketball, you knew the great Ray Reeve.

My mother stopped and told him how much we all enjoyed listening to him. I just stood there with my mouth open in awe. Little did I know that 10 years later I would work for him. I still have his old typewriter.

The varsity game was all it was supposed to be: close, fierce, mean with both teams competing as if their futures in the world depended upon it. I still see Heyman pile-driving his way to the basket, bulling through everyone for 36 points. I see Larese's beautiful jump shot He was so good.

I see Frank McGuire, the dapper Carolina coach who still fascinates me to this day more than any college basketball coach of any time. I hated him when he was at South Carolina. At Erskine College in the late ‘60s, early ‘70s. we called him “the gangster.” But much later, I was charmed by him when I had the chance to meet and interview him.

And I see Larry Brown, the future Hall of Fame coach, then just a sophomore at Carolina, driving the far baseline from where we were sitting, bear-hugged by Heyman with only seconds left, sparking a chaotic melee that took your breath away. UNC'S Donnie Walsh, a future NBA executive, was involved, slugging Heyman from behind. Heyman and Brown went down with players piling on. I remember big Doug Moe his jersey torn taking on all comers as the Duke students poured on the court looking for Carolina blood.

It was the game that to this day that is known as "The Fight." It was wild and furious. It was Duke-Carolina at its most bitter.

Duke won that game 81-77. It was as tough a contested game as I have ever seen, played with the ferocity of two wild dogs fighting for food.

It was my first Duke-Carolina game. And while I've seen many more and worked more than my share, this is the one that I'll never forget. Maybe it was more special because I was a kid. I don't know. But every time I'm at Cameron, I like to walk to the baseline where they had "The Fight."

And, of course, the years haven't mellowed this rivalry. Not one bit.

That's the way it will always be. That's what makes Duke-Carolina one special game.