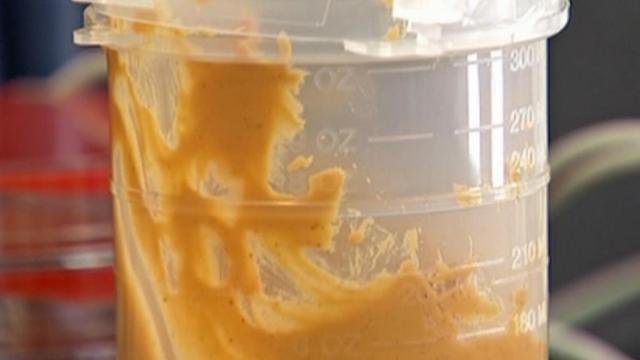 Raleigh, N.C. — Tests have determined that one sample of peanut butter paste from a Cary cracker factory contains the same strain of salmonella that has sickened hundreds of people nationwide in recent weeks, officials said Monday.

Thousands of packages of peanut products have been recalled nationwide since a Georgia plant was found to be the source of salmonella contamination.

Inspectors with the state Department of Agriculture and Consumer Services took 50 samples from the Kellogg Co.'s Austin Quality Foods plant in Cary, which uses peanut butter from the Georgia plant. All but one tested negative for salmonella.

The tainted sample came from a Sept. 19 peanut butter shipment, which should help federal investigators pinpoint the time frame of the contamination at the Georgia plant, said Joe Reardon, food and drug protection director for the department.

At least 501 people in 43 states and Canada have become ill since August. Six of those cases, including one fatality, have been linked to North Carolina, according to the U.S. Centers for Disease Control and Prevention.

A plan to get the Cary plant up and running again is under review, but officials said its unclear when the plant will resume operations.