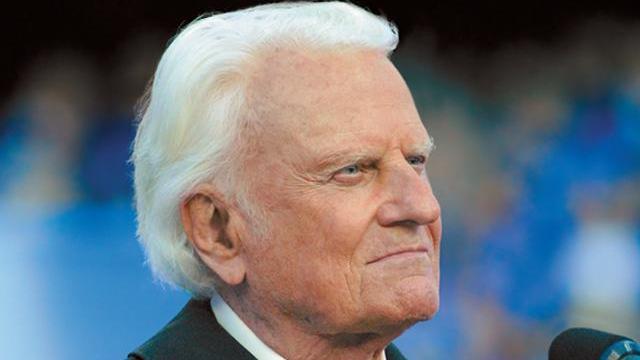 Asheville, N.C. — Evangelist Billy Graham went to the hospital after falling at his Montreat home Friday night, but doctors said he was recovering and could return home sometime Saturday.

Graham, 89, tripped over one of his three dogs, Merrell Gregory, a spokesman for Mission Hospital in Asheville, said in a release.

Graham was admitted to Mission Hospitals and chose to stay overnight for observation. Doctors said x-rays revealed that he had no broken bones, and he was listed in fair condition Saturday morning.

Representatives for Graham said he had discomfort and bruising but was able to move around freely.

The hospital offered to let Graham go home after the X-rays, but the evangelist decided to stay overnight because it was so late, Graham spokesman Larry Ross said.

"He had a good night's rest. Nurses said he was able to sleep. He was sitting in a chair eating full meals this morning," Ross said early Saturday afternoon, adding Graham was waiting to find out from doctors when he could go home.

Graham has been treated several times at Mission, most recently in February for an elective brain surgery to replace a shunt that drains fluid to relieve pressure. He stayed there for two weeks last August to be treated for an intestinal bleed.

He has also suffered from prostrate cancer and macular degeneration.

Graham will celebrate his 90th birthday on Nov. 7.

The North Carolina native has preached to more people than anyone in history, with an estimated 2 billion people attending one of his dozens of crusades through the years or tuning into his message on radio and television broadcasts.