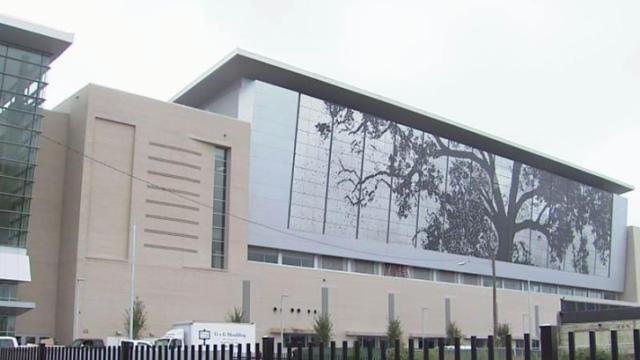 Raleigh, N.C. — When the city's new downtown convention center opens next month, it will represent a $221 million public investment to revitalize the area, but it is a facility that most Raleigh residents will never use.

The budget for building the convention center grew by almost 25 percent from its initial price tag. Rodger Krupa, the director of the facility, blamed the cost overruns on higher prices for steel and other materials and on initial budgets that didn't include the cost of buying the land and some design changes.

Still, Krupa said the finished product is worth the cost.

"I think this is the nicest public building that's been built in the city of Raleigh – (even) Wake County – maybe ever," he said.

The convention center fulfills "a promise that we made to our citizens" to reshape downtown and please visitors to Raleigh, he said.

"We want to make sure that we roll out the red carpet for all these convention delegates," said Dennis Edwards, president and chief executive of the Greater Raleigh Convention and Visitors Bureau.

The center already has booked 140 conventions, which Edwards said should bring an average of almost 1,000 people to Raleigh for four days at a time.

"We want to make sure all the businesses know who's coming," he said.

Managers of the 101 Lounge and Cafe, which recently opened, are looking forward to serving people attending the first convention at the new center next month.

"We care about them coming here," Dina Jirjis said. "Whatever the convention center is offering to the public, we would take their spillover."