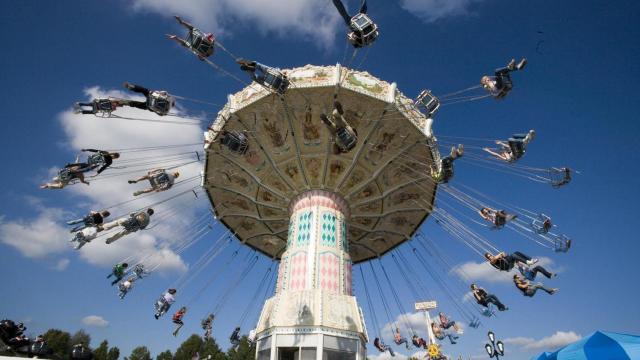 Raleigh, N.C. — Can't get enough funnel cakes, blue-ribbon veggies and midway rides? The 2008 North Carolina State Fair plans to cure what ails you by adding an 11th day to the annual event.

Agriculture Commissioner Steve Troxler said Thursday that this year's fair would open on Thursday, Oct. 16, instead of the traditional Friday opening. The "preview day" marks the first time in 22 years that officials have added days to the State Fair.

Fair organizers said they expect the state N.C. Department of Labor will have inspected and certified about 85 percent of the midway rides in time for the early opening. Concession stands, exhibit halls and grounds entertainment also will be ready for the Thursday start, they said.

Country singer Josh Turner will kick off the State Fair entertainment Thursday night, performing hits like "Firecracker" and "Long Black Train" at the Dorton Arena. The rest of the concert lineup and details about new rides that Powers Great American Midways plans to offer, will be announced later in the summer.

Gates to the fair will open at 3 p.m. Oct. 16, and the midway and exhibit halls will open at 4 p.m. The midway will close at midnight.

The theme of the fair, which runs through Oct. 26, will be Take Time for a Great Time.