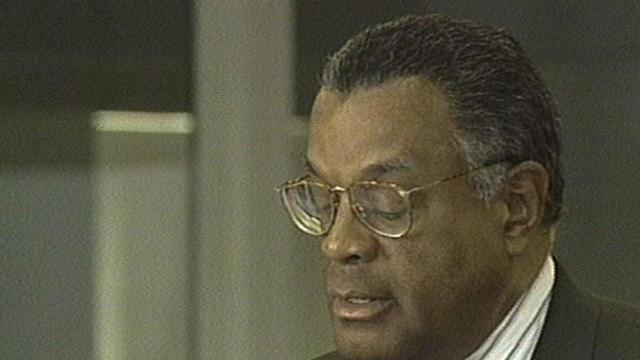 DURHAM — Fighting crime is easier to talk about than it is to do. Now the Durham Crime Commission, which has been talking about crime for months, has come up with some actions that might help with that city's crime problem.

For years, Durham's approach to fighting crime has been somewhat fragmented, with county leaders and city leaders often taking different paths. It was about eight months ago when the two groups decided to come together in the form of what they called the Crime Cabinet. The group's only goal was to find a way to deal with Durham's crime rate.

Patrick Byker of the Durham Chamber of Commerce says the rate just kept going up.

Cabinet members, who are city and county leaders, say they have now come up with some steps toward meeting that goal. They are emphasizing a method they call the Broken Window Approach, using law enforcement and community volunteers to clean up troubled neighborhoods and enforce ordinances.

The plan also calls for better law enforcement technology that would allow officers to work with computers. Also included are methods of lowering the number of repeat offenders, especially children.

The group's goal is to reduce crime by the year 2000. While that may not sound like great progress to some, officials say it would be a realistic goal, considering the rate at which crime has increased in past years.

One important step will be the hiring of a new police chief. City Manager Lamont Ewell says he has narrowed his list of candidates to two applicants. He says he hopes to make a hire by the end of next week.

Durham's crime rate is growing but not as fast as Raleigh's. The North Carolina SBI tracks violent and non-violent crimes. Comparing the first six months of last year to the same time period in 1997, the SBI study found that Durham's crime is up 10 percent, while Raleigh's has climbed by 13 percent.

Fayetteville is doing much better. Its crime rate has increased by only 3 percent.