Durham Site of Second Triangle Sewage Spill in One Week 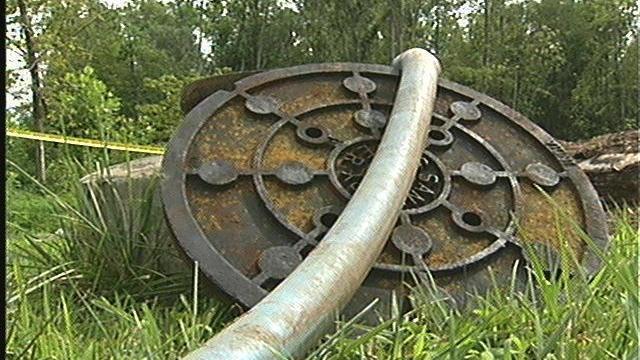 DURHAM — For the second time this week raw sewage was found where it shouldn't have been -- in our waterways..

The latest spill happened Wednesday night in a Durham neighborhood when a pipe was damaged. Workers stopped the sewage from flowing into Jordan lake, but neighbors are concerned about water quality now, and in the future.

The question on the lips of many is -- are there more sewage spills these days, or are we just hearing more about them?

On August 3, 1 million gallons of sewage leaked into a tributary that feeds the Jordan Lake. Nine days later thousands of gallons of sewage threatened tributaries that feed the Neuse River. Wednesday, it was 20,000 gallons in Durham

Area resident Laurie Deitch says she just hopes this most recent spill is cleaned up soon.

Taking care of the spills is one thing, but preventing them can be even tougher. Factors that contribute to sewage spills range from human error to old improperly maintained systems. Rapid population growth can also contribute as more and more people depend on existing systems.

Water quality spokesperson Ernie Seneca says the biggest danger is not to people but nature. Sewage spills lead to fish kills. Hundreds of fish died in the Wake County spill Tuesday. In order to take care of nature, we have to take care of the water.

The State Legislature is working on a bill that would require localities to clean up old sewage systems and bring them up to date. That bill is still in the General Assembly.