Dove Hopes to Bring Peace to the Neuse 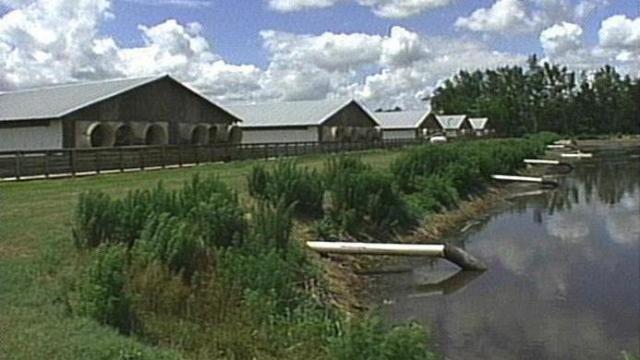 NEW BERN — It's both a tragic story and an inspirational story. The Neuse may be very sick now, but there are a lot of people like Rick Dove who are determined they're not going to let it die.

The People of the Neuse fight with a passion and love for the river. The Indians called the Neuse "the river of peace." It seems only fitting that a man named "Dove," a symbol for peace, would become the keeper of this river.

There are some people who are born with the river water in their veins. Dove is convinced he's one of them. During a recent boat ride with WRAL's Bill Leslie, Dove admitted there's no doubt in his mind the river will be fixed.

"She's got too many friends," he says. "She's too important to the economy and image of this state."

Though Dove has made a lot of friends up and down the river, he's also made a lot of enemies. Many people who say the problem of pfisteria is overblown and tourism is suffering point the finger at him.

On the question of pfisteria and the safety of the water, Dove says nobody knows the answer. He says 12 million fish can't be wrong if they're dead.

Dove is convinced the kills will continue until nutrient pollution is dramatically reduced. He's particularly concerned about waste from hog farms. According to Dove, technology is the key. Dove is also concerned about government regulators who decide how much pollution the river can take.

"We've got people working in state government who think they are wise enough to know what the assimilative capacity is of the water," Dove says. "That's the dumbest thing I've ever heard."

A few years ago, Dove was railing against Raleigh, Cary and other cities on the upper reaches of the river. Not anymore. Dove says the river is now getting strong support from public officials and citizens in the triangle-- from all walks of life.

It's Dove's believe you don't have to be a tree hugger to fall in love with this water. Dove hopes this growing love affair will translate into a much cleaner river within five years.

"We can't afford to fail. Too much is at risk," Dove says. "The economy of this state and the health of its citizens is all at risk here. If we can't fix just one river, we're in terrible shape in North Carolina."

"The People of the Neuse" aired from 8:00 p.m. to 9:00 p.m. Wednesday night. Fishermen, tourists, scientists, poets and the Governor shared their opinions on the Neuse.