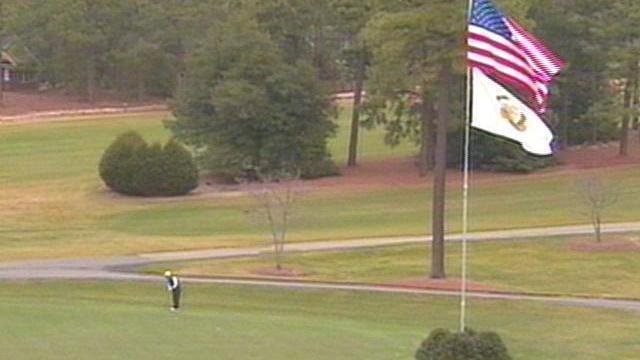 SOUTHERN PINES — Southern Pines is hoping to shoot a hole in one this year. The best female golfers will be there when the U.S. Women's Open Championship swings into high gear this spring.

Pine Needles Lodge and Golf Club hopes 150,000 people will converge on Moore County to see 150 of the best female golfers in action from May 31 to June 3. Golfers are already getting excited.

"To have the opportunity to see them in person is going to be really thrilling," says golfer Kathy Kirst.

Corporate sales have already surpassed the Women's Championship record. If the organizers' goal of 150,000 tickets is reached, it would be the first-ever sellout in Women's Open history.

Even with 300 hotel rooms still available during Open week, organizers believe the event will give the state a $50 million economic boost.

Pine Needles last hosted the Open in 1996. That experience, coupled with the nearby Men's Open in 1999, has given organizers a head start on fine-tuning the process.

"For two years, we've been taking care of some of the details," says Kelly Miller, the chairman of the U.S. Women's Open. "Little things you can't do immediately prior to the Championship."

Many fans flew in and stayed overnight for the Men's Open, but organizers expect more people to drive in for the day to watch the Women's Open. They will expand parking and shuttle service to handle the larger crowds.