Mall Hopes to Keep Sales Up Despite I-40 Project 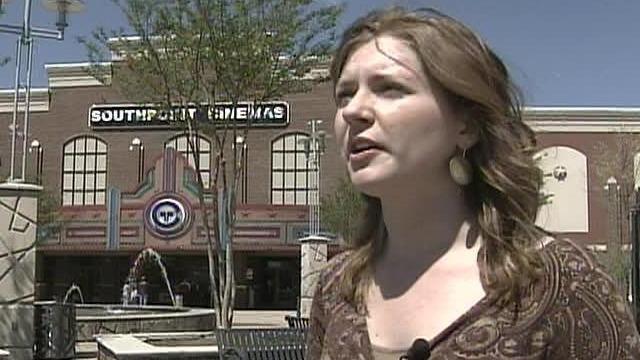 Durham, N.C. — The Streets of Southpoint mall in Durham sits right next to the pending construction project to repave the portions of Interstate 40 that was done wrong a few years ago. The first round of work cut into mall business, but mall and transportation officials are hoping for a better experience this time around.

The fix involves digging up a layer of crumbling concrete on I-40 from the Durham Freeway to Rt. 15-501, the western end of the expansion project. The project had been slated to begin Monday night with a section of I-40 eastbound a ways west of the mall, but cold weather likely will delay that at least one day.

During the original construction in 2003 and 2004, drivers were stuck in long and frustrating delays.

Asked if she would stay away from the mall if traffic hassles develop again, driver Ruby Mangum said, “Oh, absolutely, absolutely. If it takes more time away from my day, I just won't come.”

Steven Carter was not optimistic.

“I don't go to the mall that much, but I'm sure it's going to be a problem for me and a lot of people,” Carter said.

The North Carolina Department of Transportation says it has done all it can to minimize the impact of the project at the exits to the mall.

“We gave the DOT a list of dates we would prefer they work around, said Courtney Phillips, the mall’s spokesperson. They're taking a look at that, and they've been great to work with so far.”

Mall officials also noted that the vast majority of lane closures will occur when its stores are closed. NCDOT says crews will be working Monday through Friday, from 8 p.m. to 6 a.m. each night and from 8 p.m. to 8 a.m. on Saturday and Sunday. All lanes will be open on weekdays from 6 a.m. to 8 p.m. There also could be nine weekends when lanes would be closed around the clock.

The mall has big shopping dates like Mother's Day, graduations—even the state's tax-free holiday for back-to-school shopping—that could take a big hit from barrels, cones and closed lanes.

DOT engineers say they don't plan to shut lanes during those key times, but weather, delays, or design changes could change that.

The work is supposed to go through November, shut down for the winter, and then resume next year and be finished by May 2008.