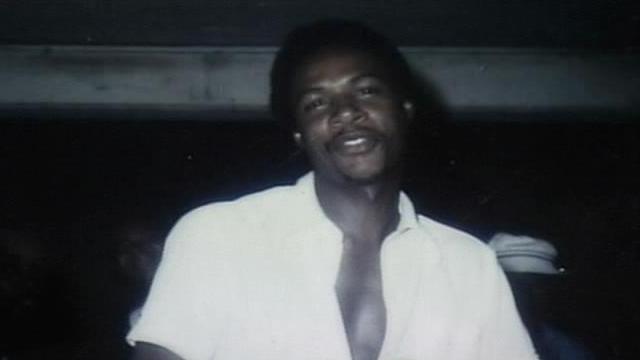 Dunn, N.C. — Police have reopened the case of a local man missing since late 1989 after searching without success for his body Friday in an empty field.

Jimmy Davis, who grew up in Dunn, hasn't been seen since shortly before Christmas 1989.

"It's like the earth opened up and swallowed him in and just wiped him from the face of the earth," said his sister Gaylena Harris.

Over the summer, a map was sent anonymously to the Dunn Police Department that investigators believe shows the place where Davis was buried. Investigators said the map has the name "Jimmy Davidic" scrawled on it, refers to a homicide and points to a field off Pope Road and Interstate 95, near a trailer where Davis used to live.

"I'm feeling proud that all of these people came out to help us. For 17 years, we barely could help ourselves," said Davis' sister Bessie Davis.

Ron Crowson, an N.C. State geologist who works on forensics cases, scanned the field with an electromagnetic scanner to look for clues.

"I call it a super-duper metal detector," Crowson said. "It can look for small pieces of metal -- coins or belt buckles and so forth -- and also things that may have been used in digging a grave, maybe metal shovels that had been buried with him."

The scanner collects such data, as well as information on sites where soil has been disturbed, and links it to a map location on a Global Positioning System satellite, he said.

"It's been featured on a lot of CSI programs, and you can actually looks into the soil and see if there are objects buried at depth," he said.

After the initial scans, a backhoe was brought in to dig in a couple of locations. Investigators found only concrete blocks with wires and other debris.

Investigators said they would review the data collected and return to the field in the next few weeks to resume the search. Crowson said he wants the backhoe to dig along a fence that separates the field from some woods.

Meanwhile, police said they would interview Jimmy Davis' friends and acquaintances in search of new leads in the case.