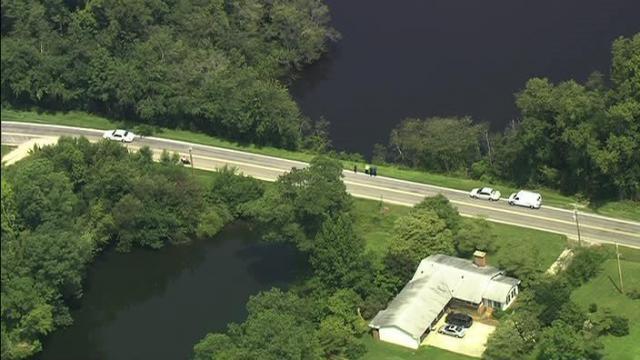 Wilson, N.C. — Police in Wilson are trying to identify a body found in a creek Wednesday morning that family members believe could be a woman who disappeared over the weekend.

Investigators said the badly decomposed body was found around 9 a.m. beside the 2200 block of Willow Springs Drive.

An autopsy is being conducted to help identify the remains and to determine a cause of death. Results could come Thursday, authorities said.

Meanwhile, relatives of Courtney Speight said Wednesday that they believe the remains could be those of the 23-year-old, who was last seen around 11:50 p.m. Saturday.

"I don't want to think it's her. I really can't accept that," her sister, Tiffany Speight said. "I really can't."

Family members said that police showed them a photo of a shirt found on the body and that the shirt matches the one Speight was last seen wearing.

According to a Wilson police news release on Tuesday, Speight was last seen wearing a black Sheetz T-shirt, blue and red jogging pants and black and red Nike shoes. She was driving a blue 2006 Nissan Altima with North Carolina license plate AFR-8341.

Anyone with information about Speight's disappearance or the body should call the Wilson Police Department at 252-399-2323.