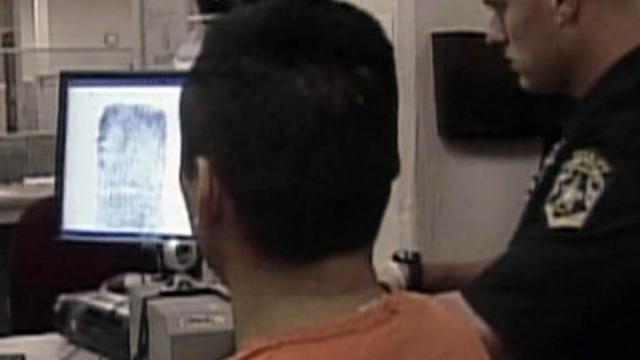 Raleigh, N.C. — Despite a U.S. Supreme Court ruling Monday that struck down much of Arizona's crackdown on illegal immigrants, North Carolina lawmakers are still considering legislation that would toughen restrictions on immigrants in this state.

The court upheld the "show me your papers" requirement mandating law enforcement officers to check the status of people stopped for various reasons who might appear to be in the U.S. illegally.

But justices threw out three other provisions of the law: requiring all immigrants to obtain or carry immigration registration papers, making it a state criminal offense for an illegal immigrant to seek work or hold a job and allowing police to arrest suspected illegal immigrants without warrants.

"I think the message establishes the clarity as to what the limitations are as to what you can or can't do," said Rep. Harry Warren, R-Rowan, who heads a North Carolina House committee on immigration.

Warren said the committee waited for the Supreme Court decision in the Arizona case before making any recommendations as to what North Carolina should do. There's at least one pending bill, Senate Bill 604, that would give law enforcement more authority to enforce immigration laws.

"This is a cost, and we have to address it," Warren said, noting that illegal immigrants cost North Carolina money for schooling, health care and law enforcement.

The Pew Hispanic Center estimates that North Carolina has about 325,000 "unauthorized" immigrants, giving the state the ninth-highest illegal immigrant population in the U.S.

William Gheen, president of Raleigh-based Americans for Legal Immigration PAC, said the court's refusal to invalidate the "show me your papers" requirement is a victory for states looking to control illegal immigration.

"This Supreme Court ruling in our favor is an historic victory for Americans fighting against the corporate-sponsored illegal alien invasion of our homeland," Gheen said in a statement. "We believe that we now have the momentum to pass versions of Arizona's SB 1070 law in many other states since the court upheld the most important provision in the bill."

Immigration advocates argued, however, that the Supreme Court decision makes it clear that states should leave immigration enforcement to the federal government.

"Anti-immigrant laws modeled after Arizona’s undermine police work, harm businesses, threaten our most basic American values and are proving to be a failed experiment that we must not repeat here," Pinto said.

"In our view, this is the nail in the coffin to North Carolina's efforts to try and regulate on the issue of immigration," said Kate Woomers-Deters, an attorney with the left-leaning North Carolina Justice Center.

Alicia Torres, who crossed into the U.S. with her family 20 years ago, said she and other illegal immigrants will continue fighting for their rights in the country.

"The rights we are fighting for are basic human rights," said Torres, 26, of Carrboro.

Torres has a nursing degree but cannot get a job in the field because she doesn't have immigration documents.