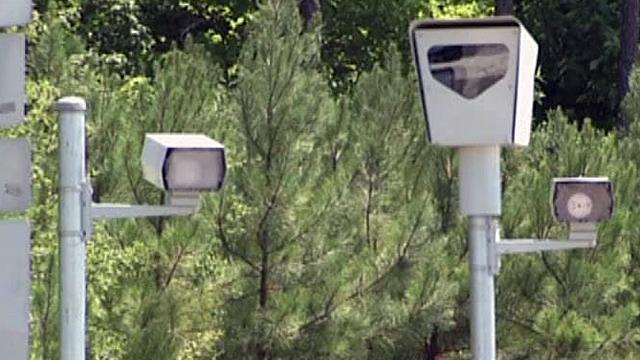 Cary, N.C. — A review of red-light tickets in Cary shows 31 instances of drivers getting fined for crimes they did not commit. Mayor Harold Weinbrecht said the findings make continuing the program a challenge.

Citizens first complained to the town in April. Howard Bond said he got two $50 tickets alleging his son ran a red light at the intersection of Cary Parkway and High House Road. However, the town’s video clearly showed Bond’s son turning left on a flashing yellow light, which is legal.

“A lot of folks have probably gotten the tickets and paid it, not wanting to go through the hassle,” Bond said.

The town contracts with a company called Redflex, which operates the cameras and sends video and still images to Cary police, who issue the citations. A Redflex spokeswoman said the company has updated its program to account for Cary's flashing yellow left-turn signals.

"The safety camera system provided by Redflex is and was operating properly, and we are confident all cameras are now functioning as intended," she said in a statement.

After Bond raised the issue, police dismissed his tickets and agreed to review the video from the red-light cameras more closely.

Maj. Tony Godwin said Cary dismissed all outstanding citations found to be based on faulty data and refunded fines to people who had already paid. They also turned off the red-light cameras at two intersections with left-turn arrows: Kildaire Farm Road at High Meadow Drive and Cary Parkway at High House Road.

He said police would ask for advice from the Cary Town Council about next steps.

"Logically the options are keep the system as it is, make some changes to the system in some way or do away with the system entirely," Godwin said.

The town has cameras at the following locations: