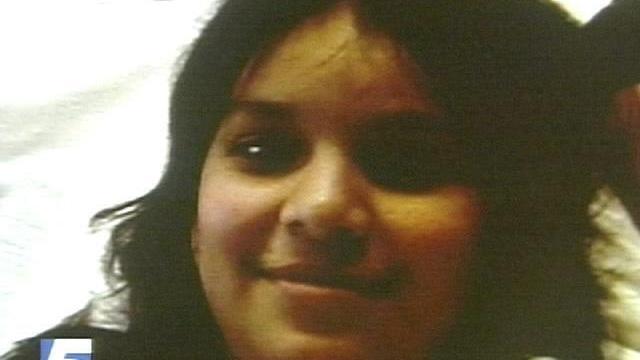 DURHAM, N.C. — Jesica Santillan, who survived an unsuccessful heart-lung transplant long enough to get an odds-shattering second set of donated organs, is brain dead and has been taken off life support.

Duke University Medical Center officials could not immediately be reached for comment.

"Based on the results of these tests, Jesica's doctors have pronounced that Jesica has died," Dixon said.

Jesica, whose own heart was deformed, received a heart-lung transplant Feb. 7, but from a donor of a different blood type. Herbody rejected the transplant and her health was failing by the time the second set of organs was placed in her body early Thursday.

By early Friday, the newest organs were performing well, but Jesica's brain was swelled and bleeding, doctors said.

"After the transplant, we were all very hopeful," Dr. Karen Frush, the hospital's medical director of children's services, saidFriday. But "the swelling in her brain is severe, severe to the point we fear it's irreversible."

Dixon said the family and their supporters would not be available for interviews Saturday.

Mack Mahoney, a family friend and creator of a charity in her name, checked out of his room at amotel across the street from the hospital on Saturday. He said he had been mentally and physically exhausted by the ordeal.

A spokeswoman for the foundation set up to help pay Jesica's medical bills prayed for the girl.

"Dear heavenly father, we want to thank you for Jesica's life," Renee McCormick said. "In one week, she was able to touchmore hearts in this world than most of us combined will ever do in a lifetime. ...

"We know that Jesica's work on this earth is done, and she is now an angel."

Jesica had a heart deformity that kept her lungs from getting oxygen into her blood. Relatives have said her family paid asmuggler to bring them from their small town near Guadalajara to the United States so she could get medical care.

She spent three years on a waiting list for a transplant while neighbors and friends in Louisburg, where her family moved to benear relatives, rallied to support her emotionally and financially.

In the first operation, Dr. James Jaggers implanted organs from a donor with type A blood, rather than Jesica's O-positive.

letter to the United Network for Organ Sharing

A second set of organs was located less than two weeks later - amazingly fast in comparison to the three years Jesica spent on awaiting list before her first operation. Eighty percent of patients awaiting transplants die before organs can be found.

Jesica's place on the list was determined by several factors, including the severity of her illness and her age.

Her immigration status played no role because hospitals may place non-U.S. citizens on their waiting lists and must give themthe same priority as citizens, said spokeswoman Anne Paschke. But they cannot perform more than 5 percent of their transplants onnon-citizens.

Heart and lung transplants are rare for teenagers: In the first 11 months of 2002, there were four nationwide for children betweenthe ages of 11 and 17, UNOS' records show. The previous year, there were four.