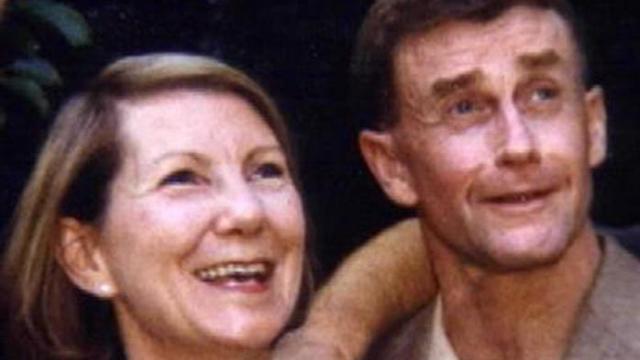 Peterson was scheduled to go to trial June 19 in the wrongful death lawsuit of his second wife, Nortel Networks executive Kathleen Peterson, but days before trial was to begin, the one-time millionaire filed bankruptcy.

Kathleen Peterson was found dead in a pool of blood at the bottom of a staircase in the couple's home on Dec. 9, 2001. Peterson was convicted of murder in October 2003.

Shortly after the murder conviction, attorney Jay Trehy filed the civil lawsuit on behalf of Caitlin Atwater, Kathleen Peterson's daughter, with the intent that Peterson never is able to profit from the crime.

Trehy has maintained that Peterson's declaration of bankruptcy was to avoid a civil trial.

In July, a bankruptcy judge ruled that the civil case could not move forward until Peterson's appeal of his criminal conviction was settled.

In September, the North Carolina Court of Appeals upheld the conviction with two of the three judges finding that Peterson did receive a fair trial.

Peterson, who insists his wife died in an accidental fall, is serving a life sentence at the Nash Correctional Institution in Nashville, N.C.