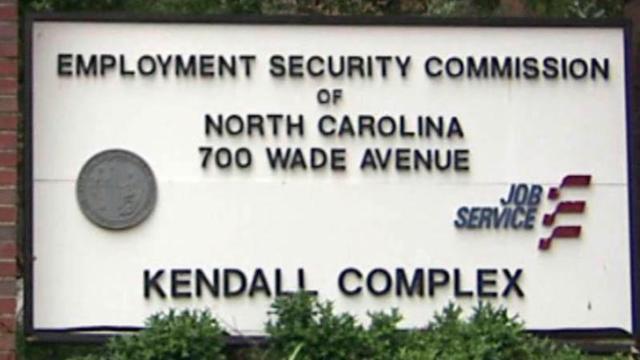 Raleigh, N.C. — A state audit released Monday shows the North Carolina Division of Employment Security has made some gradual improvement but is still overpaying unemployment compensation.

The state paid $105 million in Federal Additional Compensation last fiscal year. Of that, $689,000 was overpaid, according to the audit. Auditor Beth Wood said she thinks the state should be able to recover that money.

Between July 2008 and June 2011, the U.S. Department of Labor found that North Carolina paid $534 million more than it should have in unemployment benefits.

The audit also found that the state paid $4.4 billion in unemployment insurance benefits last fiscal year, and the auditor found 190 instances of duplicate payments totaling $45,000. The auditor found another 1,500 instances where people got paid for an extra week, for a total of $46,569 in questionable overpayments.

Division officials say some people were receiving an extra $25 a week. The state is working to get that money back.

"Twenty-five dollars is a lot of money at this difficult time," said Marjorie Auth, who is unemployed. "That would be very sad to hear that if they asked for that back, because it certainly wasn't the fault of those people."

Dallas Hinton, who has been out of work for the past 18 months, said he would have to cut back on his job searches and interviews if the state cuts his pay by $25.

"You need the money for gasoline," he said, adding that he would like the unemployment system to "be more accurate."

The auditor also said the Workforce Investment Act files did not contain sufficient or appropriate documents to determine if people were eligible for benefits. The auditor reviewed 60 cases and found 11 that did not have proper documentation.

In the past two years, audits revealed more than $1 million in overpaid unemployment benefits, caused by a computer glitch that took months to fix. The commission borrowed nearly $3 million from the federal government, which it hasn't paid back yet.