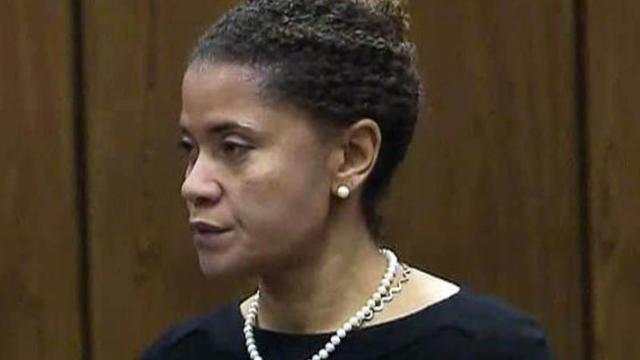 Durham, N.C. — A Superior Court judge ruled Friday that a hearing on whether embattled Durham County District Attorney Tracey Cline can remain in office will proceed Monday morning as scheduled, despite requests from Cline's attorneys for more time to prepare their defense.

Cline has repeatedly accused Superior Court Judge Orlando Hudson in recent months of bias against her and has asked to have him barred from handling criminal cases in Durham County. Two other Superior Court judges have found Cline's complaints to be groundless.

Judge Robert Hobgood suspended Cline with pay last month, saying there was probable cause to support Sutton's claims. A hearing was supposed to be held on the issue Monday, but Hobgood delayed it until next week because Cline has been recovering from pneumonia.

Pinehurst lawyer James Van Camp asked Hobgood Friday for another delay, saying Cline hired him on Wednesday and he needed more time to review the case and prepare for the hearing.

"This is a major issue for all parties,” Van Camp said.

Sutton said she was prepared to start Monday and expressed exasperation at Cline's stance that more time is needed to prepare.

"This matter has been on the table for quite a while, and to put all the people who are involved in it on further delay, I believe, is disingenuous,” she said.

Hobgood said the hearing would focus on Cline's written and verbal statements.

WRAL News learned late Friday that the North Carolina State Bar suspended Cline's law license between Nov. 30, 1993, and March 4, 1994, for failure to pay dues. Records from the state Administrative Office of Courts show she was working as an assistant district attorney in Durham County as of March 1, 1994.